Last year, the world took another step toward to restoring partial vision to those who are blind. On a typically cold winter day in Chicago, neurosurgeons from Rush University implanted 25 tiny devices, into the brain of the first volunteer in a groundbreaking critical trial to test a wireless Intracortical Visual Prosthesis (ICVP), the first of its kind.

Since April 2022, The Chicago Lighthouse’s Hilton Center for Prosthetic Vision Rehabilitation has served as the testing center and rehabilitation home for the ICVP clinical trial, and the results so far, according to Dr. Tricia Grant, The Lighthouse’s Vice President of Research and Lauren M. Ross Chair of Low Vision Research, are promising. In the following Q&A, Dr. Grant provides an update.

What happened during the surgery last year?
Twenty-five individual wireless floating microelectrode arrays (WFMAs) were implanted directly into the participant’s visual cortex of the brain. Each WFMA is small – about the size off the top of a pencil eraser – and each has 16 independently addressable electrodes that provide stimulation to the surrounding cortical neurons. That’s a total of 400 individual stimulation channels. 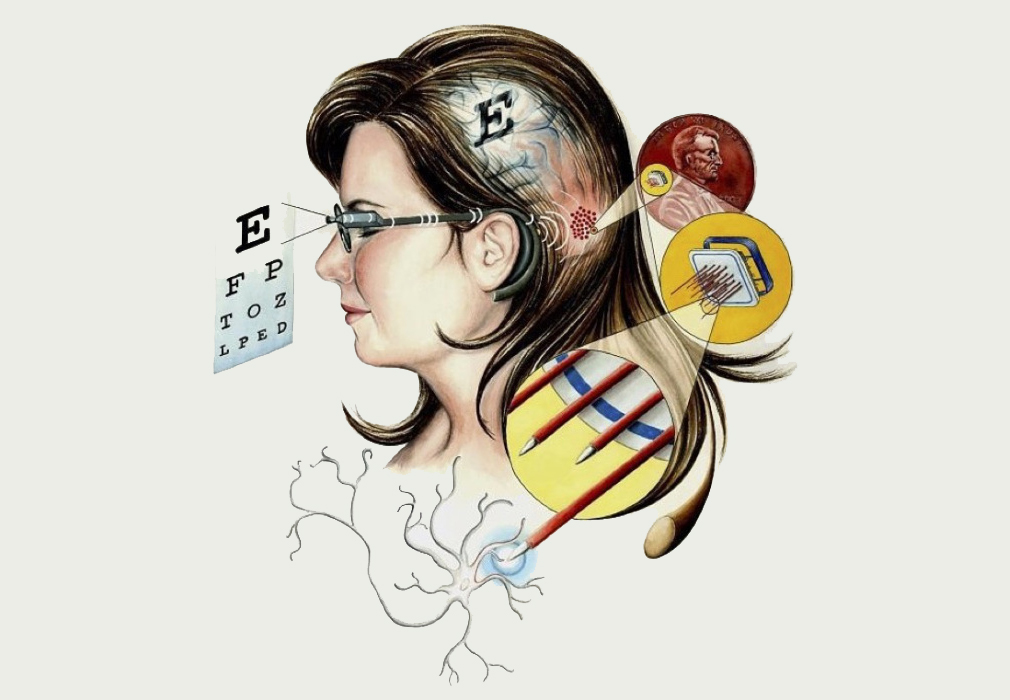 Is there anything you can say about the preliminary results?
So far, the data have been invaluable to the clinical trial. The participant is able to consistently perceive groups of phosphenes that are described as bright or dark dots or rings that are blueish-white, orange, red or iridescent. Using the participant’s reports, we have been able to create a spatial map to identify where each phosphene is located in the participant’s visual space. A new development in the trial is that the implant has been paired with a video camera mounted in the center of a pair of glasses. Visual information is fed from the camera directly to her brain. The participant has started to explore their environment using the camera and has been able to accomplish tasks, such as discriminating the orientation of a line.

What do these findings mean?
First, these preliminary results have provided important information about the safety of the surgery and the implants. We are also learning which electrodes provide the most useful information to the participant.

What are the next steps for this clinical trial?
We will continue to focus on spatial mapping and work with the camera. We are aiming to work on mobility-related tasks. In addition, we are actively recruiting additional participants for the study. With new participants, we will apply the knowledge that we gained thus far.