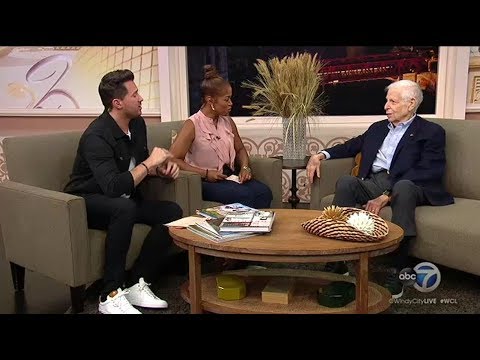 ABC 7’s hit program, Windy City Live, profiled Chicago Treasure during it’s August 8th edition. Appearing on the show to discuss the book was author Larry Broutman, a Chicago Lighthouse Board Member.  Larry noted that the book, which contains dozens of beautiful images of children from all backgrounds posing as their favorite nursery rhyme or fairy tale characters, celebrates inclusion.  In the audience were two of the children profiled in the book, both of whom have disabilities, Anthony and Maritza.  Maritza, who appeared as Cinderella in the book, responded to on-air questions from co-hosts Val Warner and Ryan Chiaverini.  Following the segment, both Anthony and Maritza posed for pictures with  Ryan and Val.