How Do Blind People Take Pictures of Things? 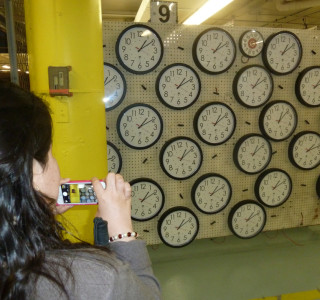 How Do Blind People Take Pictures of Things?

This question may seem strange to most people. After all, how or why would a blind person want to take pictures in the first place? While technology has made it possible even for those of us who are totally blind to capture great pictures, many others take equally good photos with digital cameras that don’t have accessibility features. Although this post is not about professional photography, I will share how technology has allowed even those of us without sight to enjoy taking pictures. Note that in this article I will focus primarily on Apple and iOS accessibility features, as this is the system I am more comfortable with.

Why take pictures if we can’t see? Like anyone else, blind and visually impaired people want pictures to enjoy and share with family. Naturally, if we go on a trip or vacation, we’ll be anxious to show our family and friends the different places we visited. Even if some of us can’t see the pictures, they serve as a memory and souvenir.

Other blind photographers do it for more personal reasons. Famous jazz musician and composer Henry Butler, who has been blind since infancy, also ventured into the art of photography in the 1980s. By hiring an assistant and purchasing cameras and other picture equipment, he learned to take good pictures. So good, in fact, that by 1985 he participated in a photography exhibit and several other events.

“I got into photography not because I needed to, but because I wanted to figure out why people were so enamored at looking at an image at a piece of paper,” he told me. Henry still occasionally does photography, although he prefers taking pictures with cameras instead of cell phones.

Accessible cell phones have allowed blind and visually impaired people not just to send and receive texts and emails independently, but also to take great pictures. Apple’s VoiceOver screen-reader is included in all iOS devices, and makes the camera app very accessible to blind users. When I open the camera on my iPhone, VoiceOver reads the different buttons and options as I drag and flick my finger across the screen. I can easily adjust the camera mode, choose the back facing or front facing camera (I use this one whenever I’m brave enough to try taking a selfie) and much more. VoiceOver also announces the camera’s orientation – that’s what prevents me from taking sideways pictures!

Apple went further than that in making sure photography is accessible to the blind and visually impaired. By using facial detection technology, Voiceover announces when it detects one or more faces in the frame. If I am taking a shot of someone, VoiceOver will say something like “one face, small face, centered.” When taking pictures of things, the camera automatically focuses on the object I’m pointing it towards. According to my family and friends, I take good panoramic shots! To do this, I move the phone around either to the left or right. VoiceOver will “guide” me in a straight line by telling me if I should move the phone up or down until the picture has been captured.

Of course, my best advice for you if you’re blind and want to venture into the world of photography is to practice, practice, practice! Accessibility features in iOS and other platforms have leveled the playing field for us in this area, but we will only learn how to take good quality pictures by practicing. Whether you want to learn to take photos with a regular camera or cell phone, I encourage you to at least give it a try! I can assure you that with patience and persistence you’ll be taking great pictures in no time, and you’ll have a lot of fun in the process!

For more information on how Apple has made photography more accessible to the blind and visually impaired as well as other resources, check out this article by Luis Peréz, an acclaimed photographer who happens to be legally blind. Have fun, and please feel free to share your pictures and send any questions or comments to sandysview@chicagolighthouse.org. 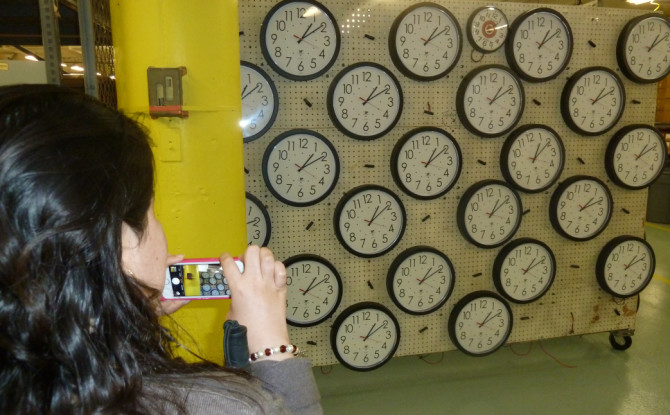