Built-In Accessibility in Mainstream Products: A Benefit for All! 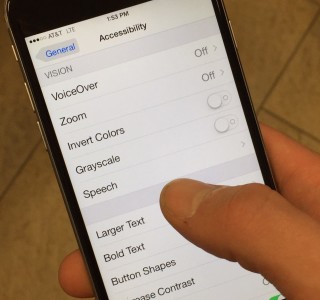 Built-In Accessibility in Mainstream Products: A Benefit for All!

When I first heard in 2009 that Apple’s latest iPhone would be accessible to the blind and visually impaired, I was very skeptical. I had seen the iPhone’s touch screen, and could not figure out how on earth I could use it without being able to see. A lot has changed since then, and using touch screen devices has become more common among the blind and visually impaired. Best of all, people no longer have to purchase special software or hardware to be able to access the devices. Companies like Google and Apple are working tirelessly to make sure their products can be used by everyone.

Touch screen devices have become accessible to blind and visually impaired users thanks to screen-reading technology. This software speaks out loud the apps and reads emails and text messages. Apple’s Voiceover and Google’s Talkback are among the most popular screen-reading programs designed for mobile devices.

Before 2009, the majority of blind and visually impaired cell phone users had to purchase screen-reading software in addition to their phone. These programs could cost a minimum of $300, and were only compatible with certain devices. Two of the most common programs were Talks and Mobile Speak. Prior to these programs, blind and visually impaired people were not able to read or send text messages independently. Not everyone could afford both the phone and software, and many of us settled with having a phone that had buttons that were easy to tell apart. At least that way we could answer the phone and make calls.

I finally got my iPhone in 2012 after hearing from my blind friends how accessible it was. To say that I was thrilled with the phone’s accessibility is an understatement. For the first time I could browse the internet, send and receive text messages and even know who was calling me thanks to the built-in accessibility! Best of all, I loved the fact that the phone was completely accessible right out of the box. By simply turning Voiceover on I could begin using it – I no longer had to buy additional programs just to be able to use my phone.

More products have become accessible out of the box ever since 2009. In addition to the screen-reading capabilities, people with low vision can make text larger and even change the screen colors for better visibility.

Individuals with physical disabilities are also benefiting from built-in accessibility. Thanks to programs like Apple’s Siri and Android’s Google Now, they can do things like dictate text messages and even open specific apps without having to physically touch their phone or tablet. While Siri and Google Now were not originally designed for people with disabilities, they have been tremendously helpful to this community. Additional built-in accessibility features also help people who are deaf and those with learning or cognitive disabilities use their mobile devices independently.

Designing devices to be accessible out of the box is not only the right thing to do, it is also good for business. Just like anyone else, people with disabilities will by products that are usable and that meet their specific needs. I applaud companies like Apple and Google for their continuous efforts to make their products accessible for everyone, and I hope more manufacturers will follow their lead.

This accessibility has opened more opportunities for people with disabilities in many ways. In future blogs I will discuss how these features combined with other apps have allowed disabled individuals to use mobile devices for many purposes. What off the shelf products have you found accessible as a blind or visually impaired person? Do you have additional suggestions for readers? As always, thanks for your comments and feedback! 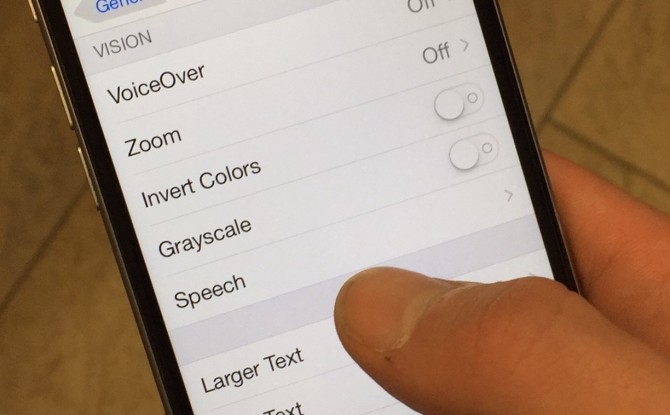