A Step Closer to Accessible Pictures! 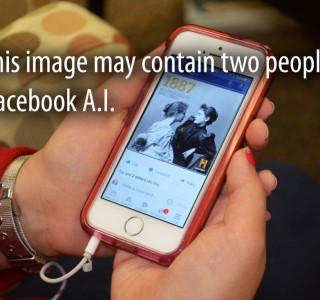 A Step Closer to Accessible Pictures!

A few months ago, I wrote a commentary about Facebook’s initiative to make pictures accessible to people who are blind or visually impaired. I finally got my hands on this tool last weekend, and so far I have been quite amazed. While far from being perfect, I think it’s a great step in the right direction that will benefit blind and visually impaired Facebook users in the near future.

Simply put, Facebook’s new accessibility tool consists of artificial intelligence technology. It is not a software or stand alone device, but rather a feature that will eventually be incorporated into everyone’s news feed. In other words, both blind and sighted people are able to access this feature, and no special steps are needed to make it work. Each picture will be automatically captioned with a description developed by artificial intelligence technology. Blind and visually impaired users can hear the description on their smartphone or computer in the same way they access other text on Facebook.

How Does It Work?

Users log on to Facebook and access their news feed the same way they’ve done it in the past. If they come across a picture while scrolling through the news feed, the user hears something like “[person’s name] added a new photo.” If text is included with the picture, the phone or computer will first read it. Next, it will say something like “photo, this image may contain: one person, smiling, indoors.” Note that the captions will always begin by saying “this image may contain.” My guess is that this is Facebook’s disclaimer letting users know that the descriptions are not necessarily 100 percent accurate.

As mentioned above, this tool tells users how many people it thinks appear in a picture. I found out it is fairly accurate last weekend when I posted a group picture. It told me that there were 16 of us and that we were all smiling! If the picture is from the outdoors, the description may also include other information. A few days ago I came across such a photo, and I was told that it “may contain outdoors, plant, tree, cloud, sky.” When presented with pictures of written text or food, the tool lets users know this information, but it does not give specific details about what kind of food or what the text reads. I also noticed that some pictures are not captioned, but I’m sure this is a technical flaw Facebook will eventually fix.

Like anyone else, those of us who are blind or visually impaired want to know every detail that can be seen in photos. It would be helpful to have more specific descriptions of people, such as what they’re wearing, what’s around them and what they appear to be doing. Images containing food should be more detailed, and – whenever possible – the caption should include what the food is. Many people post pictures with text, often containing important or funny messages. I would love to see a day when this tool could also read the text so that blind and visually impaired users can enjoy the message as well.

Kudos to Facebook for striving to make their site more accessible to people with disabilities. This is only the initial version of the tool, so I did not expect it to be perfect or 100 percent accurate. Still, I am extremely amazed with the whole concept. Although the captions are very vague, it truly makes a difference for someone who can’t see to at the very least have some details of the images. I am excited to see what the future holds regarding social media accessibility for people who are blind or visually impaired. Technology has always been a game changer for those of us with disabilities. Now it will allow people with visual impairments to get the full picture and make social networking more enjoyable and accessible. 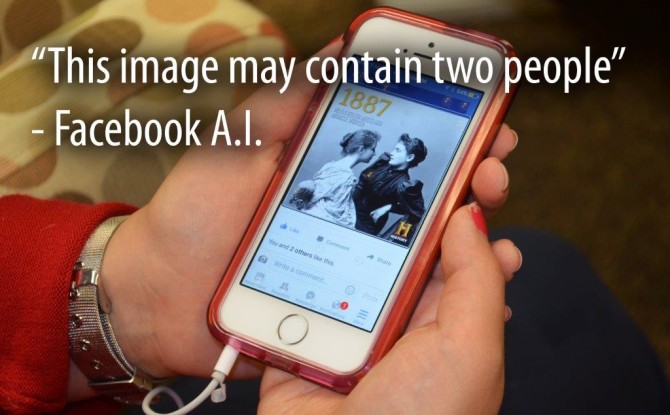