Media and People With Disabilities: Are We Represented Accurately? 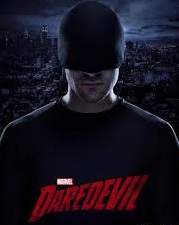 Media and People With Disabilities: Are We Represented Accurately?

“So can you tell how I look by touching my face?” I often get that question from family and friends, who undoubtedly got this false stereotype about blind people through the media. Like with all minorities, the media has promoted and reinforced both positive and negative stereotypes about people with disabilities. While exaggerated, negative depictions send the wrong message, Positive and realistic portrayals will help create more awareness and opportunity for all people with disabilities. The following are just some of the depictions I have seen in the media. Although they are in no particular order, it seems like nowadays the focus is shifting more toward creating realistic portrayals, just like with other minority groups.

This is the portrayal I personally dislike the most. Whether in movies, TV shows or news stories, these depictions show people with disabilities as being in desperate need of help or charity. The “Jerry Lewis MDA Labor Day Telethon”, for example, was widely criticized because it portrayed people with disabilities as needing charity and a cure. This telethon has been canceled as of this year.

Previously, the majority of disabled characters on television or movies were depicted using the medical model of disability. This means that the person with a disability was viewed as sick and needed to be cured in order to function and even be happy. Most of us have seen or heard of shows and movies where characters that are blind or use a wheelchair are miraculously cured, and they then live happily ever after.

This seems to be the complete opposite end of the spectrum. Disabled characters are shown as extraordinary or heroic individuals because of their disability. Even the terminology used by media outlets like newspapers contributes to this idea. I often read stories describing disabled individuals “inspirational,” “brave” and “courageous.” The focus is often on the person’s impairment rather than the individual. The number of times I have seen or read stories about disabled people who are thought to be exceptional because they do simple things like graduate from college, play a musical instrument or go to work in spite of their disability is impressive! Although journalists are well meaning, the often exaggerated language gives the public the impression that as people with disabilities we should be praised and viewed as heroic for even daring to try so-called normal things.

On the other hand, there is the heroic portrayal, where a disabled person has superpowers and overcomes a disability as a result. Daredevil’s Matt Murdock, for instance, has superior senses because of his blindness. Although this might seem as a positive aspect, it also creates myths about people with disabilities. I remember that when the 2003 “Daredevil” movie was released, a lot of my friends in high school asked if I had better hearing like Murdock! As disabled people we don’t have super powers and therefore have to find alternative ways of overcoming our challenges.

Now more than ever before, disability advocates are pushing for an accurate representation of people with disabilities, and the popularity of reality and fashion shows has created the perfect opportunity to do just that. The show “MasterChef” from Fox featured Christine Ha, a chef who has a severe visual impairment. Throughout the show, Ha answered questions about how she accomplished various kitchen tasks as a disabled person. ABC’s “Expedition Impossible” featured Erik Weihenmayer, the first blind person to climb Mount Everest. One of the events in this year’s Fashion Week featured models with all sorts of disabilities – please check out last Tuesday’s commentary for more on this event.

Several shows and movies have realistically depicted disabled individuals. In 2005, “Blind Justice” was a show about a policeman who had been blinded. Rather than focusing on his disability, the show depicted him as a perfectly capable policeman and detective. “The Miracle Worker” is based on the true story of blind and deaf activist Helen Keller and her teacher Annie Sullivan. Patty Duke and Anne Bancroft give viewers an accurate portrayal of the struggles and triumphs Helen and Annie face at the beginning of their student-teacher relationship.

While fictional and inaccurate media portrayals create misleading notions about people with disabilities, reality and fashion shows can go a long way in debunking many myths and stereotypes. News reporters can also influence how people with disabilities are perceived by simply focusing on the person rather than their impairment. Changing certain phrases and terminology can help when speaking about those of us with disabilities. The media has the enormous potential of changing the way people view disability, and I truly hope they will take on this opportunity.