A Visionary and Advocate for the Disabled Community: Remembering late Board Member Paul Scher

A Visionary and Advocate for the Disabled Community: Remembering late Board Member Paul Scher

The Chicago Lighthouse is deeply saddened by the loss of longtime Board Member Paul Scher, who passed away this May. Throughout his lifetime, Mr. Scher served as a tireless advocate for others with disabilities. 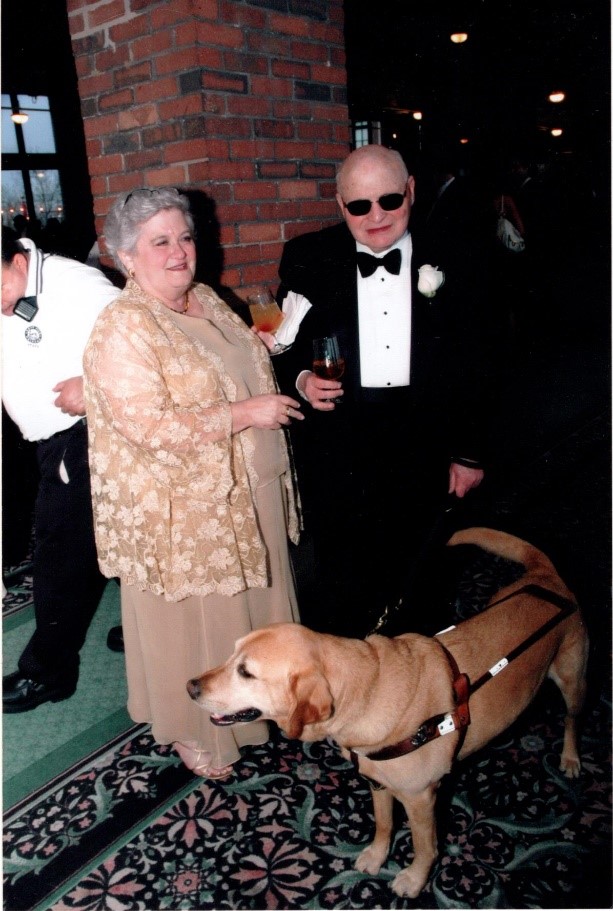 Mr. Scher devoted his life to breaking barriers – both those faced by himself and others. In 1957, he became the first man who is blind to graduate from Harvard University, where he earned a Bachelor’s in Government with honors. He then made the move to Illinois and went on to receive a Master’s in Public Administration from the University of Chicago, followed by a second Master’s in Rehabilitation Counseling from the University of Illinois.

In the early 1970s, he became employed with the Sears Roebuck and Company in their National Merchandising Human Resources department, where he worked with thousands of stores throughout the country. As part of his role, he handled incoming applications of individuals with disabilities. He also wrote personnel manuals about working with people with significant disabilities, and helped set the standard of the right thing to do when employing this community. It was through this role that he was introduced to Jim Kesteloot, former Executive Director of The Chicago Lighthouse. At the time, Mr. Kesteloot was a Job Placement Counselor at The Lighthouse, working to find competitive jobs for people who are blind. When Mr. Kesteloot asked Mr. Scher if he could help employ individuals who are blind within Sears, he immediately took to it. From The Lighthouse alone, he helped to employ at least 15-20 individuals who are blind in diverse positions at Sears throughout the 1970s and 80s, not to mention the many other people with disabilities he helped to employ nationally in the company.

With Mr. Kesteloot’s recommendation, Mr. Scher joined The Chicago Lighthouse’s Board in 1974. He remained on the Board for over 45 years, and was the Board President from 1982-84.  “His heart was at The Lighthouse,” says Mr. Kesteloot. During his time on the Board, he served on the Administrative Services committee, addressing personnel issues, as well as the Employment Services committee. In these roles, he helped The Lighthouse maintain its status as a national model for employing individuals with disabilities. Using his expertise in the field of rehabilitation counseling, he worked directly with our Employment team on job placements for people who are blind or visually impaired. “He had the experience, the motivation, and the heart to help people with disabilities get jobs,” says Mr. Kesteloot

Outside of his work at The Lighthouse, Mr. Scher was also involved with many other organizations and committees focused on the employment of people with disabilities, including the National Association of Rehabilitation Professionals, in which he was a founding member, and the President’s Committee on Employment of the Handicapped. His national advocacy led to his active role in the passage of the Americans with Disabilities Act (ADA) in 1990, which was the first broad legislation stating that people with disabilities could not be discriminated against in the workforce. “He was a giant in the field of employment of the disabled community. A national treasure,” says Mr. Kesteloot.

In his personal life, Mr. Scher was recognized for always thinking outside the box. He traveled throughout the world by himself, completely blind, and visited countries on four different continents. ‘He was a visionary and activist, and his influence and legacy lives on at The Lighthouse today through our continued commitment to employ individuals with disabilities,” says Chicago Lighthouse President and CEO Dr. Janet Szlyk.