Persistence leads to Opportunity: How Juan Found A Job

Persistence leads to Opportunity: How Juan Found A Job 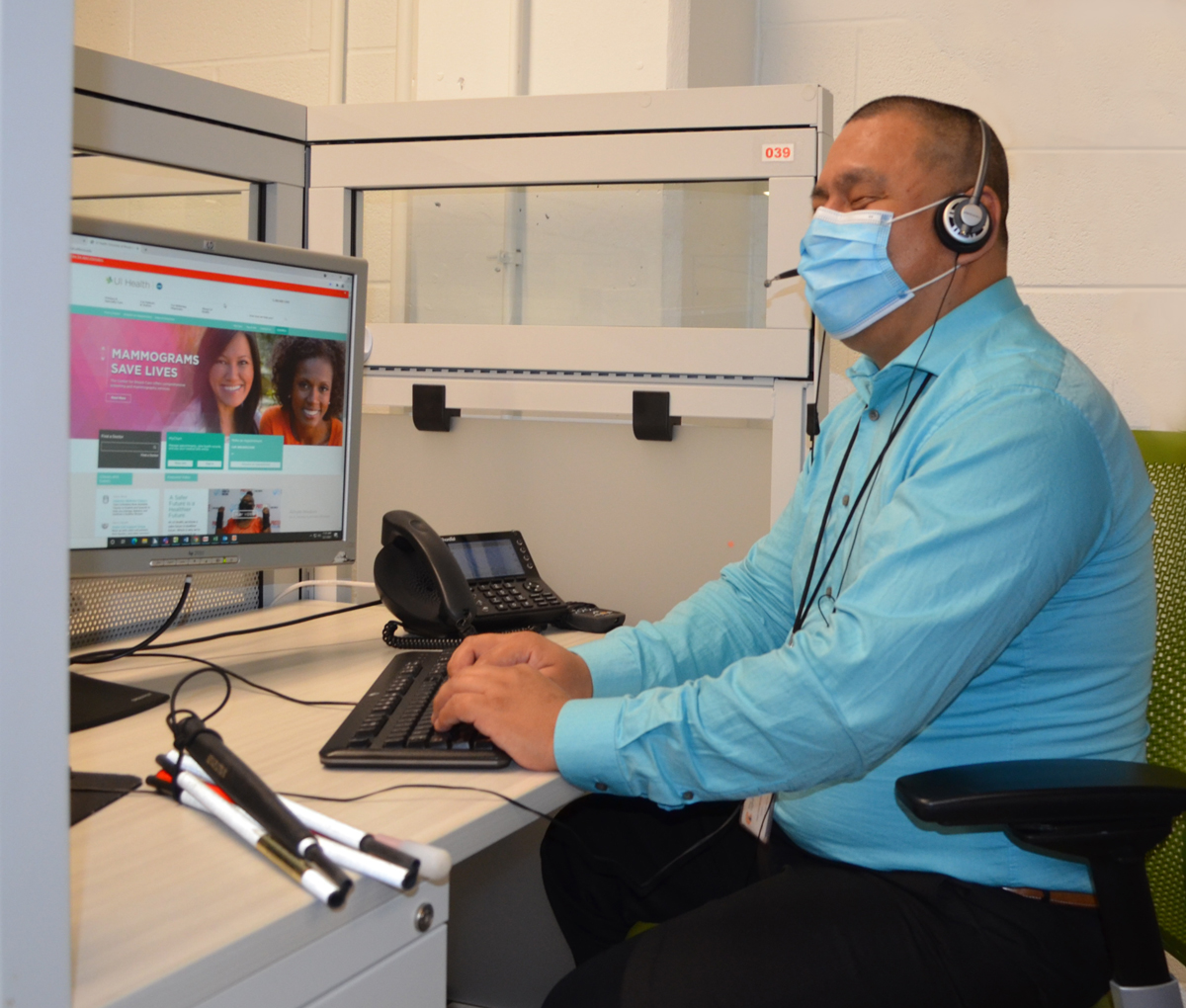 Many people may not want to work with their spouses, but for Juan and Elizabeth Hernandez, working for The Lighthouse has provided opportunity after opportunity. When Elizabeth first began working in the UI Health contact center seven years ago, The Lighthouse’s preschool offered a place where their daughter, Karen, could learn the skills necessary for kindergarten and offer the peace-of-mind of being under the same roof.

That freedom enabled Juan to have a little extra time to help with the family’s expenses. Having graduated from Wilbur Wright College with an Associate’s degree, Juan tried to find a more “traditional” job, only to be turned away when employers saw his white cane. Rather than give up hope, Juan created his own opportunity and began busking in Chicago’s subway stations.

“I was playing for tips in the subway and other music events as well. Because I needed more income, I had to go and play wherever they would allow me,” Juan says.

In 2020, with the pandemic emptying the subway stations of commuters, Juan needed to find work. Seeing the satisfaction and stability Elizabeth found in her job, Juan found his own place at The Lighthouse, first working in the Low Vision Call Center and then moving over to UI Health. 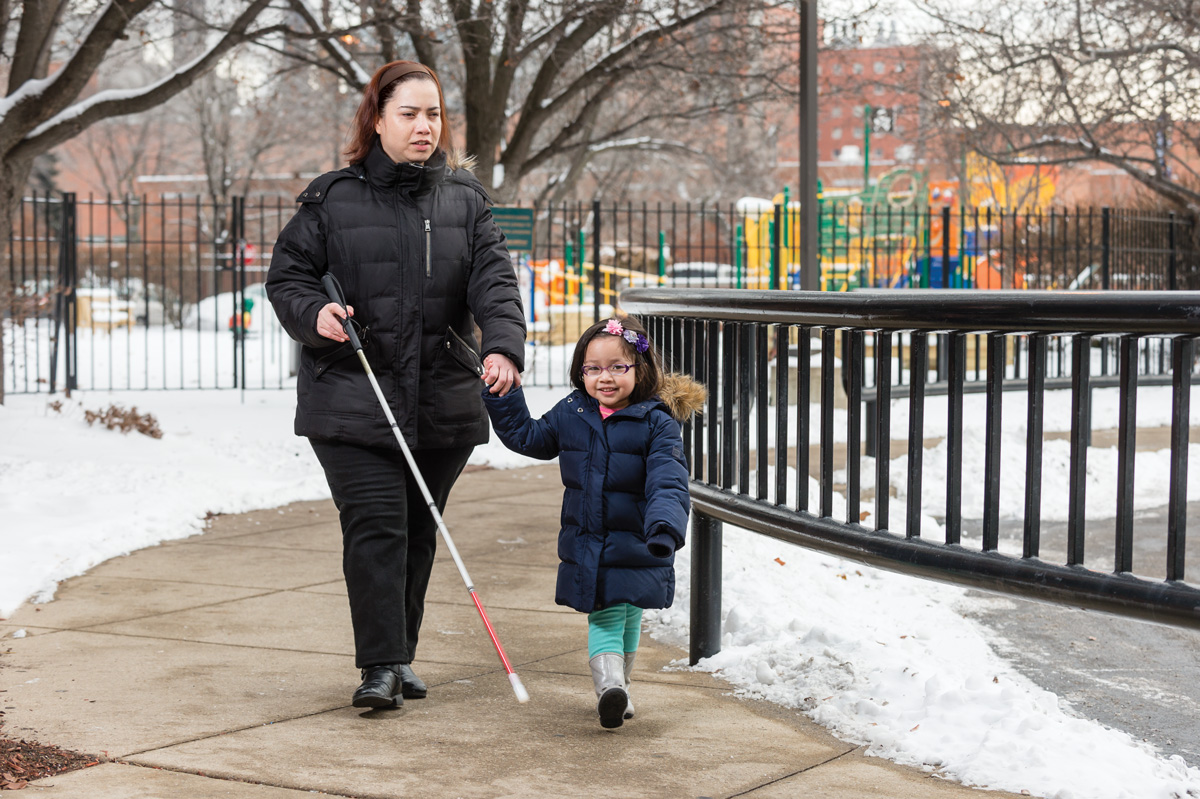 Juan’s wife, Elizabeth, and daughter Karen enjoy a walk outside at the Lighthouse.

The change has been positive for the entire Hernandez family. After years of renting an apartment, Juan and Elizabeth, both of whom have visual impairments, recently purchased their first home, and Karen has a new dog, a poodle named Valentina.

Juan credits The Lighthouse for helping him and his family achieve their dreams. “If you dream big, The Lighthouse makes sure you get all the tools to learn and prosper on the job, and that will help you achieve your goals,” Juan says.