The first blind judge on the Jefferson County District Court in Louisville, Kentucky is retiring. A brain tumor took his sight at age 10. He launched the Veterans’ Treatment Court in 2012 to treat veterans struggling with substance abuse and mental health problems. He served for nine years.

2. From Baghdad to the Bar: A Blind Refugee’s Journey
By: Georgina Rannard & Hannah Gelbart

Allan Hennessy was born blind in Baghdad, Iraq under the Hussein regime. He and his parents sought refuge in London, where an operation restored a portion of his sight. He is graduating from Cambridge with a law degree. He discusses his struggles and accomplishments as a blind person.

3. Blind side: Visually Impaired Taneytown Native Has a Radio Show, Teaches As He Prepares for College
By: Not posted

Chris Nusbaum is nineteen and a recent high school graduate. He is a successful, independent blind person headed off to college to become a teacher of the visually impaired. The Carroll County Times profiles Mr. Nusbaum, offering a glimpse of a multi-talented young philanthropist with an affinity for leadership and a hardy spirit.

4. A Look Inside the Blackhawks Blind Hockey Team: ‘What They’re Doing is Groundbreaking’
By:  Steve Reaven, Pioneer Press

The Chicago Blackhawks sponsor a team of blind players. Founded in 2015, the team plays with a number of adaptations and adjustments to make the game more accessible. They include everything from modified rink sizes to noise-making pucks. The team practices weekly from September to the first week of April and will attend USA Hockey’s Blind Ice Hockey Summit and Training Camp this year.

Backed by the IDEA² Global Linq initiative from the Massachusetts Institute of Technology, The Instituto de Investigación Biomédica del Hospital La Paz (IdiPAZ) in Madrid, Spain is performing valuable research that may lead to 3D printing of full human corneas. Prior research in which stem cells were used to treat mice corneas indicate that there is hope for the method to work. The end goal is printing of patient-specific corneas within a week. The method has the potential to help ten million people with corneal eye diseases. 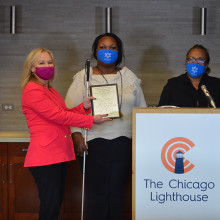 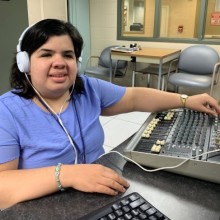 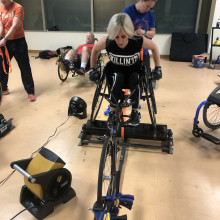 Getting in the marathon mindset: training with multiple disabilities 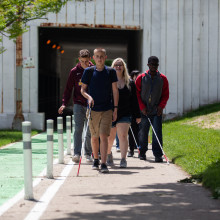 Youth Dive in for New Experiences During Summer in the City